Please include the Ref No for the disk/disks and the quantity required along with the delivery address to which you would like them sent.

Payment can be made by cheque. 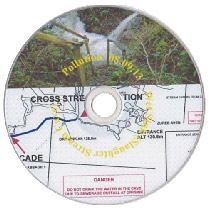 Wet Sink (Slaughter Stream Cave) is located at Joyford in the Forest of Dean and is almost 14km in length and is presently the longest cave in the area. Adjacent to the main entrance is Dry Sink which is fed by a surface stream. Located further up the valley is the Joyford Mill Sewerage Pumping Station. When this station overflows due to high water flows or it breaks down the resulting discharge enters Wet Sink via the stream at Dry Sink. A visiting party of cavers including one on his first trip down the cave witnessed a discharge and recorded it on film. Presenting the findings to Welsh Water the cavers were told there was not a problem. The video footage proved otherwise a a fault traced to a second Pumping Station. This video shows what it was like in the cave on the day and reports on the work undertaken by the cavers to try and get improvements implemented.

George W Hall was born in Gloucester in 1924 and at the age of 15 spent his summer holiday working in a Coal Mine in the Forest of Dean. When he received his War Call UP Papers he took the option of working underground but having experienced a Coal Mine he opted for work in an Iron Mine. This turned out to be New Dunn Mine in the Forest of Dean. Already with a passion for mines although hard work it did not put him off and lead to a life time of mine exploration. He was a member of the Gloucester Speleological Society but his one and only venture into a cave resulted in a rescue when the party were trapped by flood water. In an interview filmed in 2010 George relates some of the history of his life and the film concluded with his rather colourful funeral in 2013. 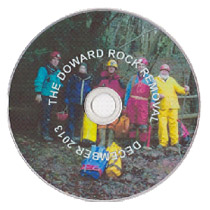 Near to Symonds Yat West in the Forest of Dean is an area known as the Doward it contains a series of interconnecting partially natural and partially mined passages locally known as the “Pancake Mines”. Quite where his name came from is not known. In the entrance to one of the passages a large rock was located. Entry and exit from the mine required passing underneath it. Many youth groups as well as cavers use the site and Steve Tomalin was very concerned that a serious accident could occur if the rock were to fall. Speaking with Paul Taylor he convinced him that they should go and remove the rock and record it on film. It would only take a few minutes and they could then go and have a welcome pint.

The film records the trip made by Steve & Paul just after christmas 2013 and the almost 2.5 hours they spent removing the rock with the eventual spectacular results. This was Steve’s last major project as soon afterwards he was diagnosed with Liver Cancer and subsequently died in July 2014. All who went on this adventure know how much Steve enjoyed it and how pleased he was to see the rock gone. 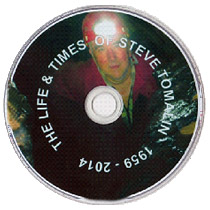 Steve Tomalin was born in London and came to Gloucester at a very young age. He initially tried climbing but did not like it and then ventured underground into Old Ham Iron Mine in the Forest of Dean. He was hooked and caving became a very important part of his life right up until his death of Liver Cancer on July 20th 2014. Caving however was only part of what he did. Working in Outdoor Education his time was spent teaching others Canoeing, Mountain Biking, Climbing, Walking and of course Caving.

His funeral attended by well over 100 of his caving friends and family was a celebration of his life and with the permission of his family was recorded in both still photographs and video footage. Added to this are a vast selection of photographs supplied by his family, friends and even Steve himself. The film brings all of this together to provide a small insight into his very varied and unfortunately short life. 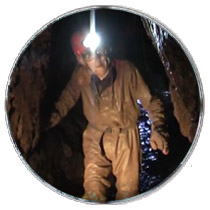 On May 22nd 2010 Dave “Sparky” Parker completed a 12.5 hr trip in Otter Hole. This was his first trip into the cave in 26 years and 40 years since he first visited the cave entrance with the late George Gardener in 1970. Add to this that Dave was 73 years old when he embarked on this trip but also it was going to be his first visit to the Upper Series of the cave and to see some of the spectacular formations that it contained including the famous Hall of Thirty. Dave was accompanied by seven other cavers and the whole event was recorder in film.

The World Premier of the film was made at the Palace Cinema in Cinderford in the Forest of Dean which along with a follow up showing resulted in £1000.00 being raised for the Gloucestershire Cave Rescue Group it also achieved 3rd place in the Napoli Film Festival. Everybody who took part in the trip recalls it as one of the highlights of their caving life and in the process help Dave full fill a dream. Join Dave as he makes this wonderful adventure.

Dave “Sparky” Parker and Jo Clarke reach the end of the Entrance Series Bedding Planes in Otter Hole May 22nd 2010.

Please include the Ref No for the disk/disks and the quantity required along with the delivery address to which you would like them sent.

Payment can be made by cheque.